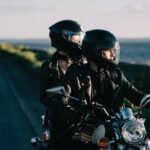 Motorcycle Laws You Need to Know

Motorcycles can provide a fun, fuel-efficient, and economical alternative to driving a passenger car. Motorcycles are also significantly more dangerous than passenger cars. Riders are directly exposed to impacts, weather conditions, and other hazards, and they are much more likely to suffer a serious or fatal injury in a given accident than the occupants… Read More »

What to Do After a Car Accident in Los Angeles

For just about everyone, a serious car accident is a one-time experience. No one is really prepared for what comes next. Car accidents are jarring, unsettling, and scary, all the more so if a serious injury occurs. It helps to have some idea of what to do next. Continue reading for tips on what… Read More »

One of the biggest learning opportunities in trial practice actually occurs after the trial. Many courts allow jurors to submit an evaluation form of the performance of the attorneys after they have rendered their verdict. Having the opportunity for jurors to submit an evaluation allows both parties to learn if their presentation style was… Read More »

After adjusting for maternal confounders, the use of any antidepressant by mothers in the second and/or third trimester of pregnancy was associated with autism spectrum disorder (ASD) at a hazard ratio of 1.87 (95% CI 1.15-3.04) relative to pregnancies with no maternal antidepressant use, according to Takoua Boukhris, MSc, of the University of Montréal,… Read More »

Watch James Morris discuss Trinity Guardrail Lawsuit ABC Team 10 News has uncovered a lawsuit filed in San Diego County Superior Court that claims a man was badly injured when he was impaled by a guardrail in San Marcos. The suit, filed by 26-year old Andy Weidemann, claims the guardrail was defective and the… Read More »

A jury has ordered Johnson & Johnson to pay $72 million in damages to the family of a woman who claimed she developed cancer after using the company’s baby powder. Jacqueline Fox, of Tarrant, Alabama, was among 65 women who sued the company in June 2014. The women claimed they had developed ovarian cancer… Read More »

December 11, 2015 Dear Mr. Morris, Thank you for your recent letter. I am writing on behalf of my wife, Alice. We were very impressed with the way you prosecuted the hormone case against a large pharmaceutical company. Not because we won something but the way you & your staff dealt with your clients…. Read More »