Common Medical Devices That Can Be Defective 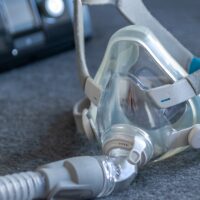 Most of us trust our doctors implicitly. When they say we need a certain treatment or would benefit from a particular medical device, we assume they know what they’re talking about. We trust them because we have no frame of reference to compare options or evaluate ourselves–that’s why we go to the doctor. Unfortunately, even our doctors can be taken by surprise when device manufacturers sell products that are not fit for use. When a medical device fails because of a design or manufacturing defect, it’s likely to cause serious injury. The patient may need additional surgeries or other procedures to recover and repair the damage caused by the very device meant to help. Below, we discuss several of the most commonly-used medical devices that have been subject to recalls and otherwise identified as defective in recent years. If you were hurt by a defective medical device in California, call an experienced California medical device defect attorney at the Morris Law Firm for help with your products liability claim.

Many adults struggle with hip pain. Various forms of arthritis can cause hip pain, especially in older adults, and the pain can become unbearable over time. Millions of patients over the years have been prescribed artificial hip implants to replace and repair damaged hip joints, necessary to alleviate hip pain and functional limitations.

The devices are fitted with all metal parts, such that when the hip device is used during walking and movement, the various metal parts scrape against one another. Over time, metal ions flake off and escape into the surrounding tissue, blood, and bone. The buildup of metal fragments can lead to tissue death and bone death in the area surrounding the implant, causing pain, functional limitations, bone loss, rashes, and other problems. Moreover, as the metal ions build up in the bloodstream, patients may suffer from the effects of metal poisoning, including cobalt toxicity and chromium poisoning. Metal poisoning can lead to blood flow limitations, organ damage, and a variety of neurological problems such as vision loss, memory loss, and other cognitive impairments.

If you have a metal-on-metal hip implant from Depuy, Pinnacle, Encore or Biomet, or another hip device manufacturer, you could be at serious risk of injury or illness. Consult with a defective product attorney about what to do next.

Continuous positive airway pressure (CPAP) machines are commonly prescribed to patients suffering from sleep apnea. CPAP machines provide air to patients at a constant level of pressure greater than atmospheric pressure to the upper respiratory tract of the patient, which helps to prevent upper airway collapse (which occurs in patients suffering from sleep apnea) or to reduce the work of breathing. When they work, CPAP machines can be a godsend for patients who struggle with breathing overnight.

Unfortunately, one of the biggest manufacturers of CPAP machines was forced to issue a massive recall recently after discovering dangerous defects. In 2021, Philips Respironics recalled a number of defective CPAP machines, ventilators, and bilevel positive airway pressure (BiPAP) machines due to the defective design of the machines. In 2022, Philips was chastised by the FDA for failing to issue a proper recall as thousands of patients, doctors, and other device suppliers remained unaware of the dangers the machines posed.

The danger stems from the polyester-based polyurethane foam used by the machines to dampen the vibration and sound the machines create. The foam is at high risk of breaking down over time, which can result in patients inhaling or ingesting small pieces of foam or other toxic chemicals overnight. Swallowing or inhaling such foam or chemicals can lead to temporary or permanent medical impairments and, in serious cases, it can be fatal.