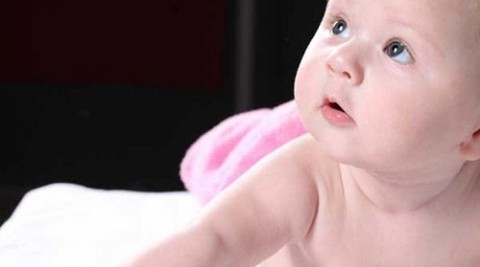 After adjusting for maternal confounders, the use of any antidepressant by mothers in the second and/or third trimester of pregnancy was associated with autism spectrum disorder (ASD) at a hazard ratio of 1.87 (95% CI 1.15-3.04) relative to pregnancies with no maternal antidepressant use, according to Takoua Boukhris, MSc, of the University of Montréal, and colleagues.

When the analysis was restricted to SSRI antidepressants, Boukhris and colleagues calculated an adjusted hazard ratio of 2.17 (95% CI 1.20-3.93), they reported in JAMA Pediatrics.

There was no increased risk for antidepressants overall or for SSRIs during the first trimester or in the year before pregnancy.

Scientists don’t fully understand the causes of autism, though many suspect a mix of genetics and environmental factors. Trying to gauge the role of medications during pregnancy is difficult—experts cautioned that there isn’t any clear evidence that allowing depression to continue untreated is safer than taking antidepressants.

“There’s no good study design to tease those apart,” said Siobhan Dolan, a professor of clinical obstetrics and gynecology at the Albert Einstein College of Medicine who isn’t involved in the study. “It’s not, ‘medication is bad and being a depressed mother is a perfectly fine outcome.’ There’s an impact of having depression and trying to raise a child.”

Bryan H. King, a psychiatrist at Seattle Children’s Hospital, wrote in an editorial accompanying the study that further research is unlikely to reveal “a straight line” between the use of antidepressants during pregnancy and autism. Also, the Quebec study wasn’t a randomized control trial, the gold standard for establishing the effects of a particular drug. Instead, it looked at medical records retrospectively, which means that unforeseen factors could account for any link between antidepressant use and autism.

The analysis covered 145,456 singleton births in the province of Quèbec over a 12-year period, in which 31 were born to women using antidepressants during the second/third trimesters. Of these, SSRIs were involved in 22 of the pregnancies.

Overall, there were 1,054 children with “at least one diagnosis” of ASD (0.72% of the sample). Max Wiznitzer, MD, of University Hospitals Rainbow Babies and Children’s Hospital in Cleveland, told MedPage Today that even if the risk of ASD was doubled with SSRI use, there would be approximately a 2% chance that a child would have autism compared to approximately a 1% chance.

“That’s still a 98% chance that you’re not going to get autism,” said Wiznitzer, who was not involved with the study. “The media will say ‘The risk is two-fold, oh my God!’ But I think what we have to say is the absolute numbers are much more important.”

Other studies have been published on this subject, including a recent study with a larger sample size that found no association between ASD and use of SSRIs during pregnancy.

Eva Pressman, MD, of the University of Rochester Medical Center in Rochester, N.Y., said that while the new study found a stronger association later in pregnancy, perhaps the patients that were unable to come off their antidepressants in the early part of their pregnancy had more severe disease.

“It’s very hard to combine the two studies together and know what’s going on and that’s often the trouble with epidemiologic data,” she told MedPage Today. “I think it does make it clear that we need more studies and we need the sorts of studies that will actually get at the underlying biology.”

Secondary analyses of children of mothers with a history of maternal depression also found an increased risk associated with SSRIs during the second and/or third trimester for 29 exposed infants (adjusted HR 1.75, 95% CI 1.03-2.97).

Sensitivity analyses examining only children with ASD who had their diagnosis confirmed by a psychiatrist or neurologist did have an increased risk of ASD, but the authors noted the risk was not statistically significant.

Wiznitzer commented that there was no information about how children were diagnosed, and that well-known depression rating scales have a high false positive rate.

He added that if there was no statistically significant difference when specialists diagnosed ASD, that might say something about ASD diagnosed by other health professionals.

“If the specialists couldn’t find a statistical difference, what do we make of this larger database with other people who have less expertise — were they actually making diagnoses correctly or were they over-labeling?” Wiznitzer said. “Kids of parents with depression and anxiety are at higher risk of presenting with different types of behaviors that could be mislabeled or misconstrued as ASD.”

An accompanying editorial by Bryan King, MD, of the University of Washington in Seattle, suggested that the potential increase in ASD could come from diagnostic substitution — a phenomenon that has also been proposed by other recent studies.

“Might an increase in diagnoses of ASD be mediated by an increase in the frequency of intellectual disability or some other neurodevelopmental risk factor?” he wrote. “An increase in one diagnosis might actually be regarded as positive if it resulted in a decrease of a more severe condition.”

King commented on the mean age of diagnosis, considering that ASD cannot be reliably diagnosed at birth and in early infancy.

“When considering the true prevalence of ASD, one might want to exclude children younger than 2 years from the denominator because they have not yet had a chance to manifest symptoms of ASD or be evaluated for it,” he wrote.

Other limitations acknowledged by the authors are the study’s use of prescription-filling data for antidepressants, which may not reflect actual use. They also noted that they lacked data on maternal lifestyle, such as smoking or body mass index, as noted that the cohort was predominantly of lower socioeconomic status, which may limit the generalizability of the findings.

Pressman urged caution when interpreting the study, saying that stopping SSRIs would not be beneficial for pregnant women who are severely disabled by depression or for whom other medications do not work.

“I think it’s really important that we don’t take this study and say ‘everybody should come off of their SSRIs during pregnancy,’ because you have to be very careful with a sweeping recommendation like that,” she said. “It’s really hard to change the practice of medicine because of what you found in 31 infants.”

Wiznitzer said that the authors themselves admitted that they didn’t consider all the variables when examining the risk for ASD and that those variables are important.

“It’s a good study with a large population, but all it is is number crunching,” he concluded. “The benefits of treating maternal depression far outweigh any small risk [to offspring] that might be present.”

By Morris Law Firm | Posted on April 7, 2016
Skip footer and go back to main navigation